Winmar RZ is a Long English variety and quickly gaining traction with its consistent length and high fruit quality. Winmar RZ is a winter generative type that keeps a nice balance between vegetative growth and fruit setting. The result is a steady fruit load, which allows uniform fruit length. The fruits have strong ribbing with good color.

Winmar RZ grows well with high temperature speeds without the use of a pre-night temperature drop. Using vegetative influences will yield best results early in the crop cycle. A relatively flat day and night temperature regimen with ample fertilizer concentration in the early crop cycle will reward an easy crop to manage later on.  Winmar RZ is intermediate resistant to powdery mildew and suitable for even the shortest day periods.

In southern Ontario, Canada, Winmar RZ is recommended for October through late December plantings. These recommendations are based on traditional umbrella crops.  More and more, Winmar RZ has proven to be versatile in earlier planting periods and different cropping techniques.  For example, growers are choosing to plant Winmar RZ in high wire crops during September.  The early crop cycle quickly gives the highly desired medium fruit length. The grower is able to maintain the crop longer towards the shortest day and beyond.  In this example, we are pleased Winmar RZ handles the late summer starting conditions as well as maintaining a good production of fruits through January.

By early January planting dates, we recommend transitioning from Winmar RZ to Cervello RZ. Cervello RZ is an early spring type. It has the ability to keep a generative nature as the day length increases. When planted out from early January to mid February, it can be grown much the same as described for Winmar RZ. When it is in the lateral fruit stage of production, the plant stays very open with shorter laterals carrying a high fruit load. Cervello RZ fills the gap nicely between Winmar RZ planting periods and the later Verdon RZ or Bluesbrother RZ summer type planting periods.

Ask about trial seeds of our new varieties!

We have a new Winmar RZ type with the introduction number, 24-276 RZ, and a new Cervello RZ type, 24-277 RZ.  These new types offer an advantage in their virus resistance package.  Let us talk about the details! 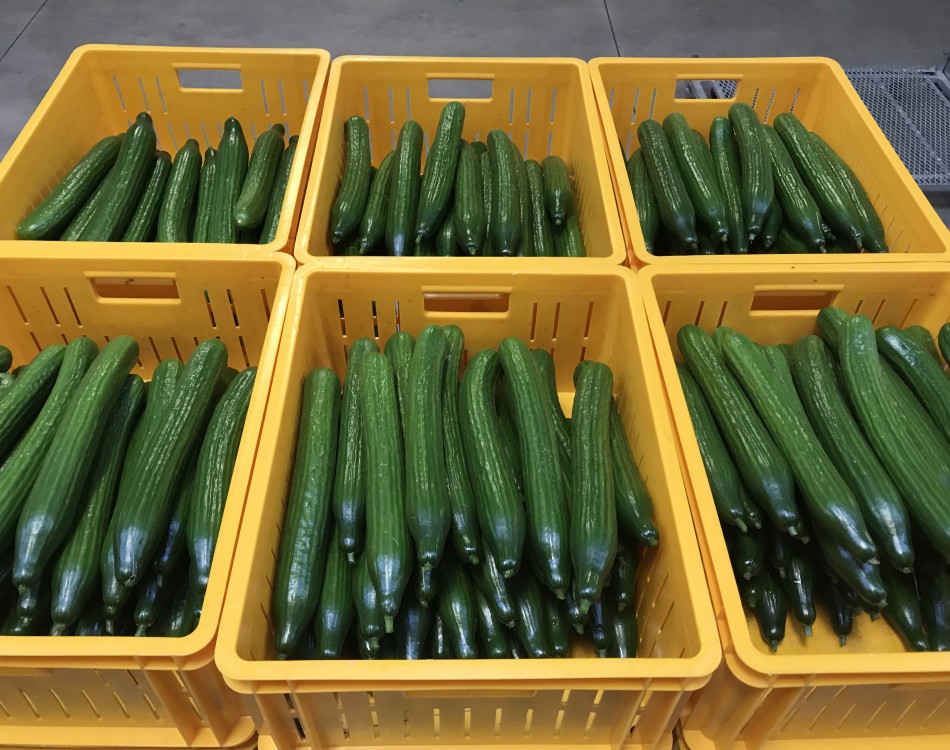